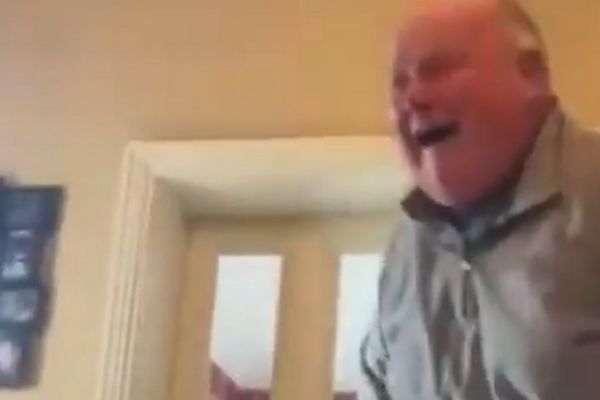 AN IRISH trainer’s brilliant reaction to his former horse Minella Times winning the Grand National has been captured on video and shared with the world.

It was a weekend to remember for Irish horse racing.

Not only did Tipperary jockey Rachael Blackmore make history by becoming the first woman to win the Aintree race, Ireland dominated the field, with each of the top five horses Irish trained and owned.

All eyes, however, were on Blackmore and the eight-year-old Minella Times, who rode to victory by sixth lengths in a dominant display.

It was a race that proved particularly poignant for John Nallen.

Nallen has a reputation for buying young horses and breaking them in to be sold on to become future stars in the world of racing.

Minella Times was a recent graduate, having been picked up by the Irish trainer at the Tattersalls Ireland November Sale in 2013 for EUR31,000.

Named after Nallen’s Hotel Minella in Clonmel, Minella Times was purchased at the same event that saw the trainer acquire Minella Indo for EUR24,000.

Both have gone on to big things with Henry de Bromhead with the latter claiming victory in the Cheltenham Gold Cup last month.

Minella Times went one better, however, having been purchased by JP McManus and trained by de Bromhead.

Watching on from home, Nallen could barely contained his excitement or emotions as the horse he took under his wing all those years ago claimed victory in the iconic race.

It was a moment to savour with Blackmore’s victory proving a watershed moment for the sport and a much-needed positive headline in the world of Irish racing.

Watching on as Minella Times rode to victory Nallen’s reaction was captured by Tipperary pub Harney’s Final Furlong who posted it on social media.

It has since gone viral, with the trainer’s unabashed joy at seeing one of his charges triumph proving to be one of the enduring images from a glorious weekend of racing.

Those We Lost
A tribute to those who have passed on.....
MORE